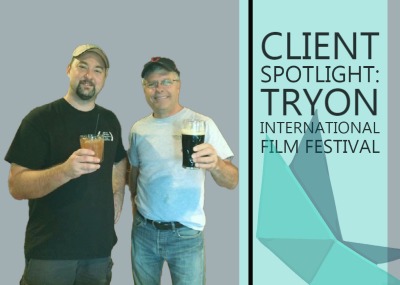 Kirk Gollwitzer & Beau Menetre are the founders of the Tryon International Film Festival, which is held every October. It is one of the few film festivals in the world that employs an entire town. Seven screening venues operate seamlessly during the entire three-day event as retail shops, restaurants and bars come alive with activity as filmmaker and fans walk the streets and enjoy parties, street entertainment and art.

The festival also employs a strategy of direct sourcing of film projects from around the world. This level of film recruitment has resulted in fabulous works from industry notables including Robert Redford, Matthew Modine, Cecilia Peck, Laura Dern, Mariette Hartley and many others.

Emerge Multimedia is a proud Title Sponsor for TRIFF. We handle all aspects of digital marketing the film festival, from website updates to social media, newsletters, email campaigns and press releases.